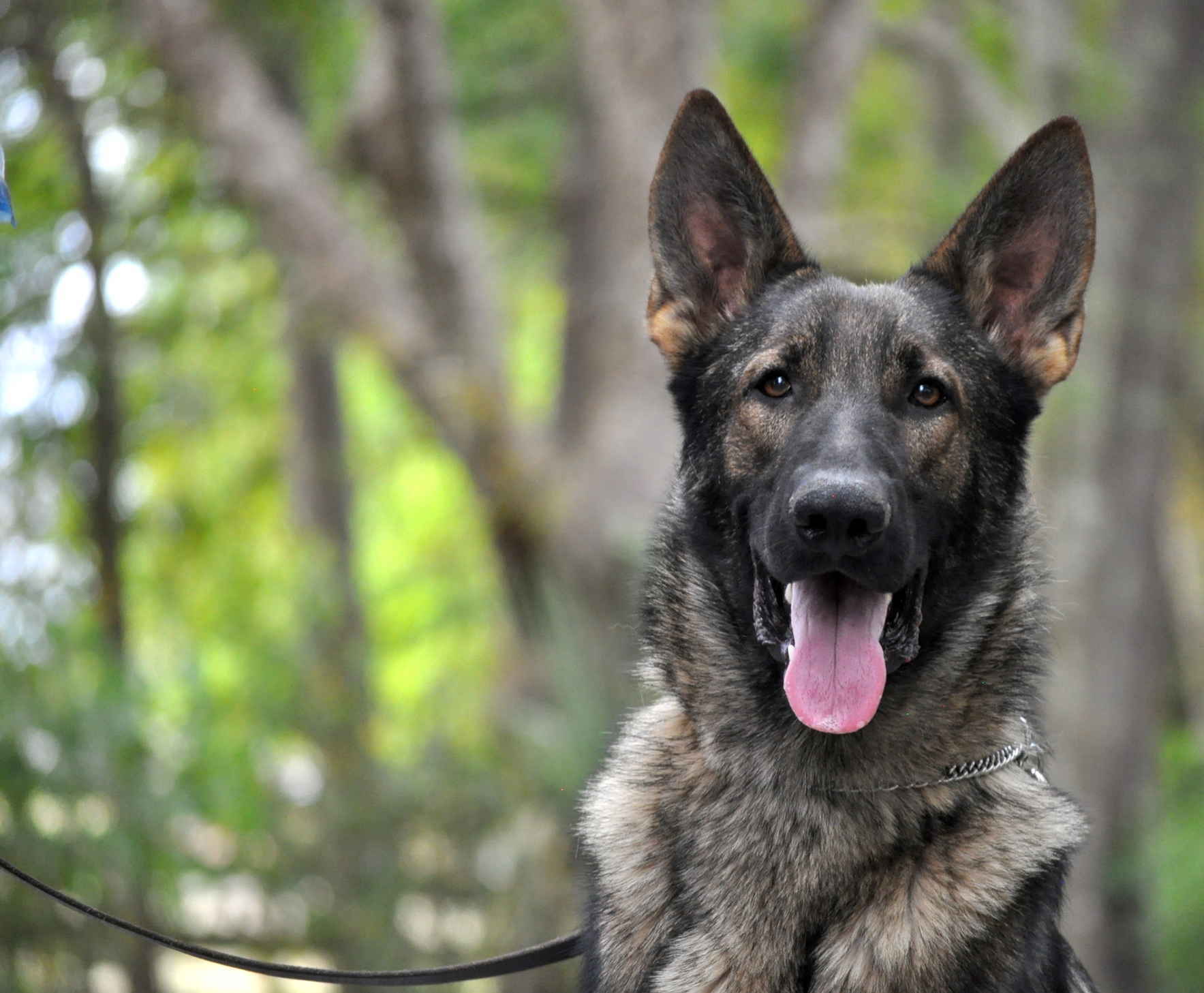 In need of a Medical Service Dog 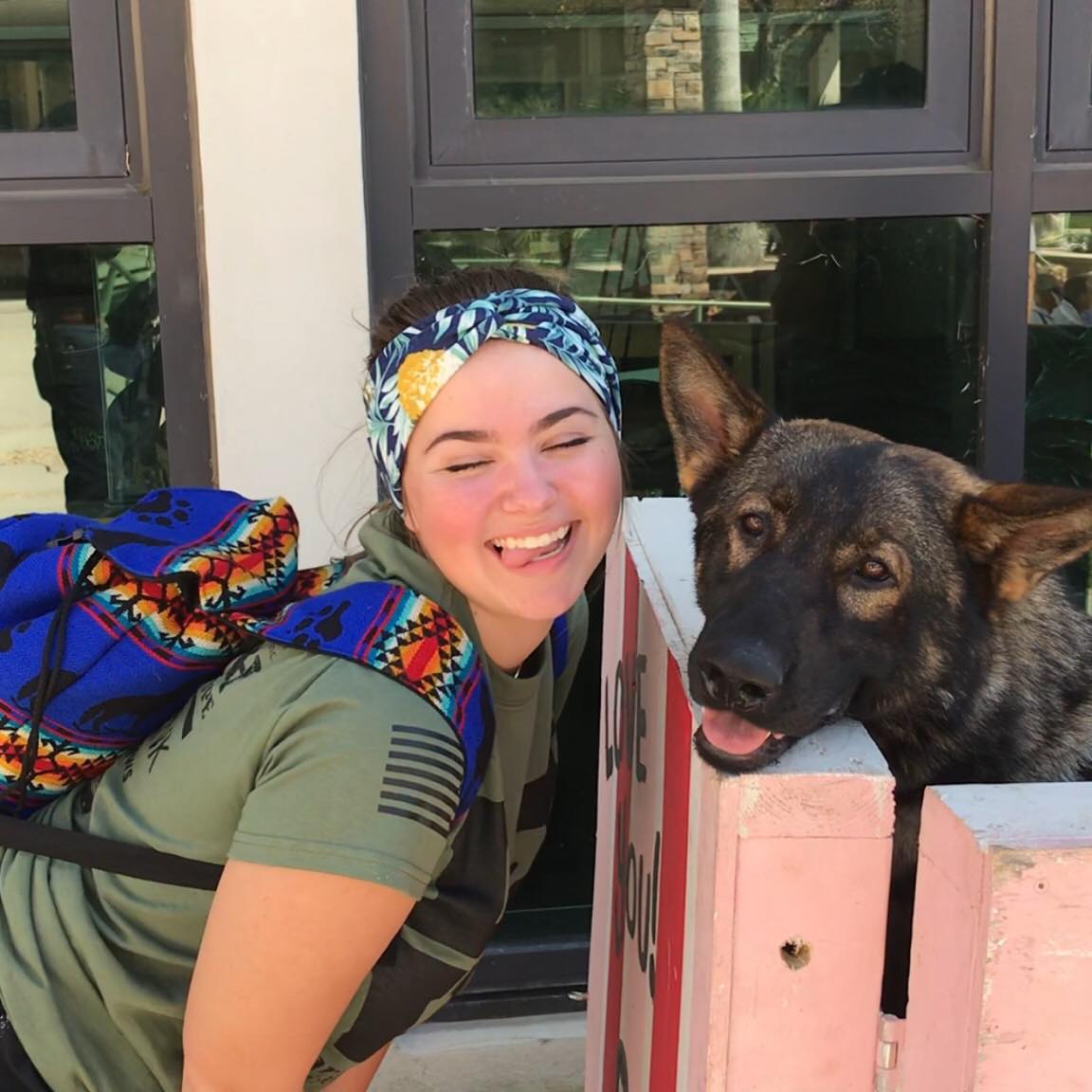 who is preparing to go into this scary void called life. I usually encounter your day to day teenage activities like, driving to school, attending after school band practices, and staying up countless hours studying for those darn AP Government tests. Most students would describe high school to be a place to learn, see friends, make memories, attend events, get involved, and fall asleep (on accident of course). I have had some amazing moments so far in my high school career, from winning the state championship while in marching band, to meeting the most incredible friends. High school for me has certainly been an adventure I will never forget.

Although I said I was a typical teenage student, there is something that sets me apart. This "thing" is not something I won or achieved or accomplished, but is something I had no control over. The one thing I have yet to mention is that I attend Marjory Stoneman Douglas High School, and on February 14th, 2018, my life was changed forever. The morning of Valentine's Day last year, I was dressed in a pink shirt that I borrowed from my sister, some flowy patterned pants, and golden sandals. I had a bag of Hershey's chocolate in my hand, as I walked out the door to my car. I arrived at school like it was any other day, excited to see my friends and give them their Valentine's cards. I was in my second period math class in the freshmen (1200) building, when we hear a fire alarm go off. We all did the standard evacuation procedures, and stood outside for sometime waiting for the all clear. Once we got the okay, we all went back inside and continued through the rest of our day. It was not until fourth period came around that things started to unfold. I was in the band room playing my clarinet, as we were preparing a piece that my band would be performing that next month at Carnegie Hall in New York City. Glancing at the clock the time read 2:15pm, I could not wait for the day to be over. We continued to play until we heard the blaring sound of the fire alarm, this confused many of us because we already had a drill earlier in the day. A voice over the intercom system said the word, "evacuate". So I set my clarinet down and grabbed my phone, as I walked out onto the hot pavement. We stood there for a few seconds before hearing a piercing voice yell, "What are you doing out here? We are on a code red, code red, code red". Those two words echoed in my head, as I ran toward the band room doors, only to be followed by a mob of people. I was barricaded by a wall and a massive mound of students, and to this day regret the hiding place I chose. The room was dark and filled with fear, I was frantically texting my mom trying to find out what was going on. With tears carrying streams of mascara down my face, I saw a random number pop up on my phone. I declined it at first , but when it showed up again I answered. There was a frantic voice on the other side of the line saying, "I'm out and I'm running! Where are you?". At first I did not know who it was, but then I recognized the high tone in the voice it was my sister, Jade. At the time she was in the freshmen building, and her classroom was the first to be shot at, leaving three dead and five wounded. She told me that she was going to a nearby neighborhood, and I informed her that I was still stuck in the band room. After we said goodbye and hung up the phone, I received a text from my dad reading, "Stay calm and safe and know daddy loves you".

Time slowed down, as faint whispers and quiet tears filled the room. Suddenly, there were three distinct popping sounds that echoed in the distance. I mentioned earlier that I made a mistake by choosing to hide right up against the wall, well by doing so I was able to hear everything that went on outside. Those three popping sounds I realized were gunshots, and at that moment I began to shake. From then on I felt trapped, but having the urge to scream for help was not an option. So all I could do was sit and wait in hopes that help would come. I had no recollection of time, but it was about two hours before feeling a bang against the hallway wall. There were loud voices and violent commands being said, as the banging continued. The hallway door must have been busted open, because I could hear loud footsteps coming towards the band room. I had no idea who was coming for us, but I did have a paused reaction thinking those were my final moments. There were several men who came through the door, as one of them yelled "Put your hands up where I can see them". Along with everyone else, I threw my hands up feeling them shake and tremble. We all began to slowly step out of our hiding spots, but remained speechless. As I finally got out of my corner I saw men with the word S.W.A.T printed on their vests, holding big guns and loaded with equipment. Glancing at my friend, we exchanged expressions of relief, but one of the men told us to still be alert and to collect anything we needed. I grabbed my black backpack and threw my hair up into a high bun, as the S.W.A.T team informed us to get ready to run. The doors flew open and there I saw a wall of men making a path for us to escape. I dropped my bag onto the asphalt, and sat down on a patch of grass on the side of the road. A policeman approached us asking if we had seen, heard, or experienced anything involving the gunman. Eventually, we were told to stand up and evacuate further away from the school. At that time, I was able to find my two closest friends, Noa and Angela. All three of us walked to the closest neighborhood in silence wondering what just happened. We were picked up by Angela's mom and driven to a nearby parking lot. I was then driven to Noa's house, and here I waited to be reunited with my mom. I was on the phone with my mom before she told me to come outside, where I saw her running down the street with my aunt. I hugged her as tears streamed down both of our faces, there was a feeling of peace that filled my body. Returning to the house, I glanced at the television seeing the number seven, then twelve, and finally seventeen.

Playback images of students running out of the classrooms and hallways blew up on the screen, and for the first time reality sank in. This was the start of my "new normal", having to see the pictures of fear and terror being broadcasted on T.V. for the rest of the world to see. There was no going back or hitting the rewind button, this was it. I heard my mom talking to my dad on the phone telling him where we were, there was an uneasiness in her tone when she spoke. When my dad showed up he hugged me for a long time and did not ask many questions. We said our thank you and goodbyes to my friend's family, wishing them lots of love and prayers.

After that first day, I did not go back for the rest of the week because of how hard it was. Although, during that time I recalled something that helped me when I returned to school soon after the tragedy. That something was the sight of a happy, carefree, tail wagging, and loving therapy dog. These dogs have helped me get through my days at school, and have kept me smiling every time I hug them. I have the symptoms of PTSD and do get major anxiety, but even when I come home to my own dogs all of my fears melt away. It is something about their presence that makes life seem so much more joyful and worth living, it truly is something amazing.

The Guardian Angels Medical Service Dogs is an amazing association that rescues, raises, trains, and then donates highly-trained service dogs to veterans, first responders, and others. They have helped me put in an application to be a recipient of one of their incredible service dogs. This dog would not only help me get through my rough days, but he/she would also be trained to do certain tasks that would help detect and alleviate my symptoms of PTSD. I am beyond thankful to have this opportunity and I would be forever grateful if any donation is given.